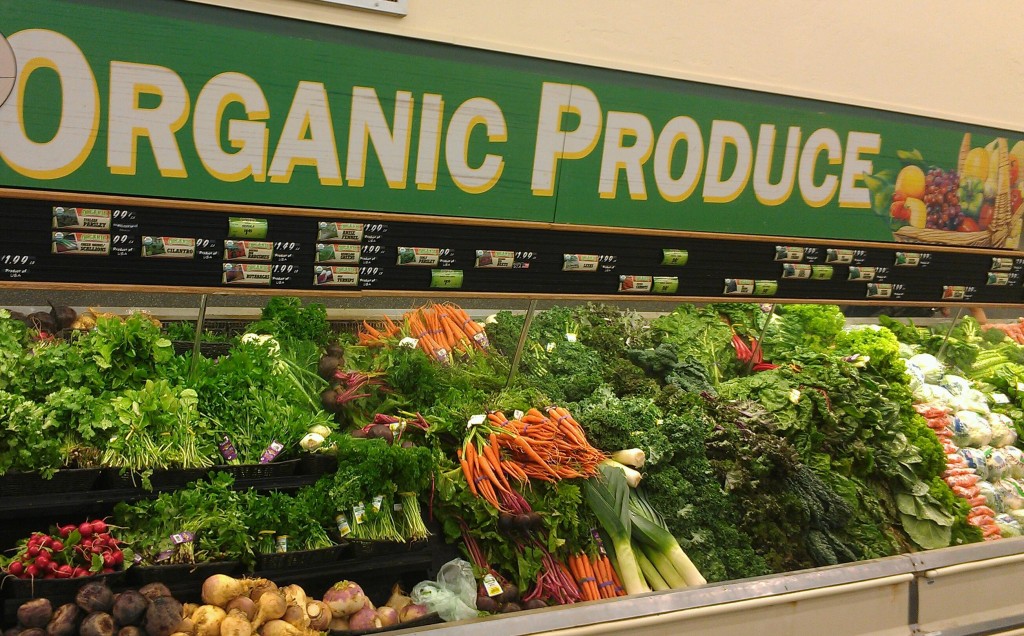 Organic produce is often more expensive than conventionally grown food, but a recent study shows the health and safety benefits of it may well be worth the price difference.

When I can, I often buy organic food, so it was great to see that a recent 2014 British Journal of Nutrition study confirmed that organic foods, including fruits, vegetables, and grains, do have a higher antioxidant content and fewer pesticides, not to mention other health-promoting benefits.

The British researchers analyzed close to 350 peer-reviewed publications and looked at a wide range of factors that contribute to the safety and nutritional value of organic foods. Here are the key findings:

1. Organic food is higher in antioxidants.

A whopping 19 to 69% higher in fact! If you care to know the nitty gritty details, the study team analyzed a variety of antioxidants, such as phenolic acids, flavanones, stilbenes, flavones, flavonols and anthocyanins, and determined a percentage for each of them, so the nutritional comparisons between organic and non-organic foods was pretty thorough.

You’re probably wondering how organic foods are higher in antioxidants, right? Well, when plants are grown without synthetic pesticides like those used on conventional crops, they are able to produce more phenols and polyphenols to protect themselves from disease and insects. In humans, these very same compounds act as powerful antioxidants, substances that help protect your body from the effects of free radicals. Free radicals cause havoc on your body and may lead to diseases, such as cancer, cardiovasuclar disease, and neurodegenerative disorders.

So, eating produce and grains higher in antioxidants is definitely better for your health. Plus, the researchers concluded that just by switching to organic foods, you will get 20 to 40 percent more antioxidants in your diet!

2. Organic foods are lower in starches and sugars.

Unlike conventionally grown food, which is grown in synthetic nitrogen-rich soil that promotes a higher sugar and starch content, organic food is lower in starches and sugars. To me, this is especially important when it comes to eating food already high in natural starches and sugars, such as tomatoes, potatoes, sweet potatoes, corn, beans, carrots, and even edamame. Also, it’s great news if you’re watching your waistline or concerned about sugar content.

Because organic crops cannot be grown with synthetic pesticides full of toxins and other unsafe chemicals, they were found to contain much lower levels of pesticide residues — 10 to 100 times less — than conventionally grown crops. That’s substantial considering the fact that depending on the kind of pesticide used, they can have a wide range of negative health effects. The U.S. EPA notes that pesticides may be carcinogens, irritants to the eyes or skin, or endocrine (hormonal) and nervous system disruptors.

Organic crops contain roughly half the amount of cadmium when compared to conventional crops, which may be due to the kind of fertilizer used on non-organic crops according to the researchers. Considering cadmium is a toxic heavy metal contaminant and probable human carcinogen that has detrimental effects on the kidney, liver, lung, bone, immune system, blood, and nervous system according to this article by the U.S. Environmental Protection Agency, that is definitely a good enough reason to avoid it the best you can by buying organic when possible.

5. Some vitamins and minerals in organic food differ from those found in conventional foods.

When comparing organic to non-organic food, the researchers found there were notable differences for some vitamins and minerals, but not for the majority of them. For example, low levels of the minerals chromium (Cr) and strontium (Sr)  and high levels of molybdenum (Mo) and rubidium (Rb) were found in organic foods. With regard to vitamins, higher levels of Vitamin C (L-ascorbic acid) and lower levels of Vitamin E were present in organic crops. So, there definitely appear to be some differences in vitamin and mineral content between organic and non-organic crops. For more information, the researchers suggest reading the on-line supplemental material to the study.

The conclusions from this study are a little different than previous ones that have reviewed the scientific literature, such as a 2012 Stanford University study which concluded that organic foods aren’t more nutritious. (For more details on this study, please see my post, “Organic Food Aren’t More Nutritious. What?!“) However, those studies have had their limitations, such as looking at a small sampling of studies and/or only analyzing only a few nutritional components, which the researchers of the current British study point out. Considering the British study was much more comprehensive and large-scale, the results carry much more weight in my opinion.

So, I don’t know about you, but for me, this study really reconfirmed my belief that organic is the way to go! Of course, I realize organic foods are more expensive and not always as readily available as conventional foods, which is why I sometimes buy non-organic. So, it’s a balancing act. I grow some of my own fruits and veggies organically, buy some organic ones, and in some cases, buy non-organic if price is a major factor. How about you? Do you think organic foods are worth it? Have the findings of this recent study changed your opinion of organic foods?