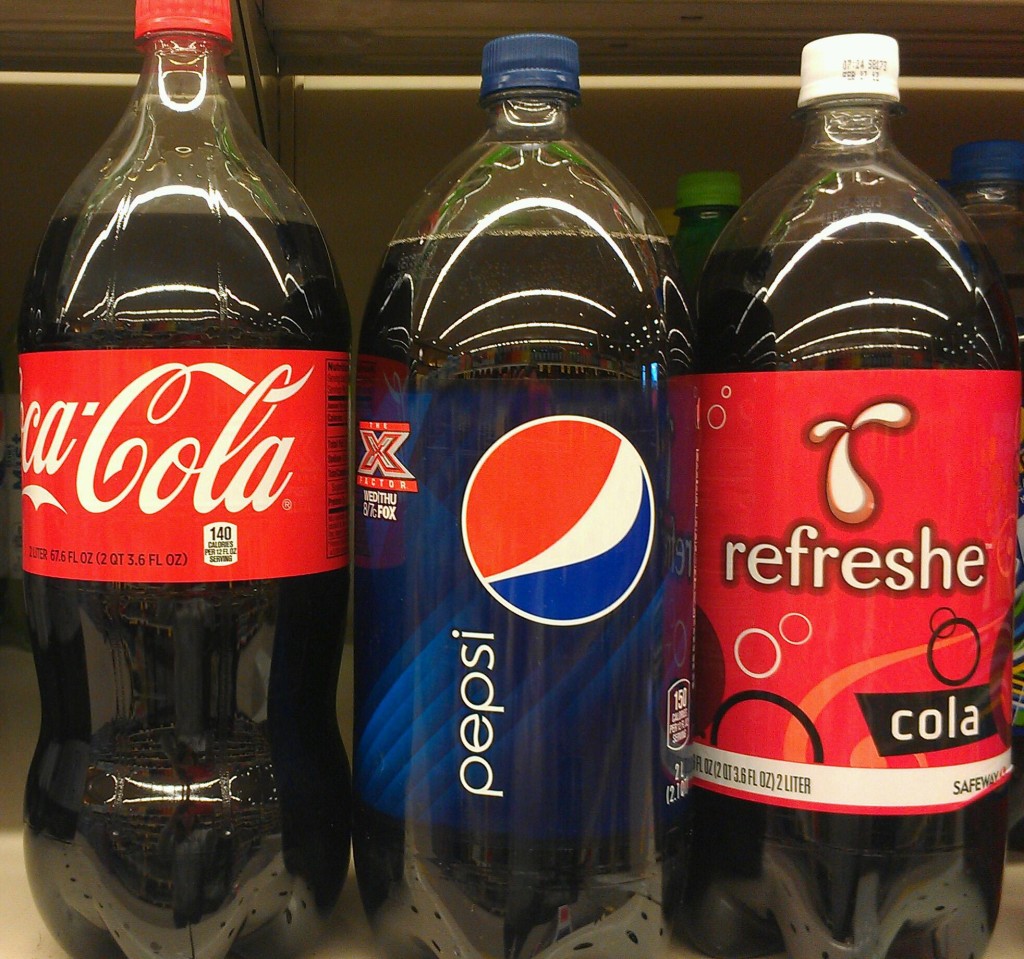 Do you enjoy any caramel-colored soda products? I must admit, I occasionally enjoy a good old fashioned root beer. But a recent report by Consumer Reports will make me think twice before reaching for one to quench my thirst. And it very well may make me reconsider buying anything with caramel coloring in it, quite frankly.

The study showed how some caramel colors used in many popular soft drinks (e.g., Coca Cola, Dr. Pepper, Brisk Iced Tea, A&W Root Beer, and Pepsi) and food products contain 4-methylimidazole (4-Mel), a chemical which may be potentially carcinogenic. Because of the potential cancer risk, California’s Proposition 65 requires manufacturers to put a warning label on their products if a daily limit of 29 micrograms of 4-Mel is exceeded.

Consumer Reports tested dozens of soft drinks in California and New York from five different manufacturers and found that some products, such as Pepsi One and Malta Goya, had more than 29 micrograms in a single can and didn’t even have a warning label on them (as required of the ones sold in California). They also discovered that the levels of 4-Mel varied in the same product. They often were higher in the cans tested in New York compared to California. Also, some levels were higher in the first round of testing and much lower in the second round of testing, which most likely showed that manufacturers were working to reduce 4-Mel levels.

When Consumer Reports contacted Pepsi about the products exceeding 29 micrograms of 4-Mel in California, a company spokesperson explained that on average people consume about 100 ml. of diet soda per day — that’s about 3.38 oz. or a little over one quarter of a 12 oz. can — so the company didn’t feel it was necessary to have a warning label. Malta Goya didn’t bother responding.

Now, I don’t know about you, but if I crack open a can of soda, I’m going to have at least half a can. And if I were to order soda at a restaurant or fast food place, I can guarantee you the serving would size would be more than three ounces! So, in my humble opinion, Pepsi’s position seems to be a clever way of dancing around legal issues. Considering this, I was really curious what other recognized authorities, such as the American Beverage Association, and our own government, thought about 4-Mel in our food and beverages.

Well, the American Beverage Association swiftly responded to Consumer Reports by releasing a statement that basically says beverages using caramel coloring are safe and that the “FDA has noted there is no reason at all for any health concerns.” But they did note that companies are taking steps to reduce 4-Mel in beverages.

With regard to the FDA, they currently don’t have a threshold on the amount of 4-Mel used in food and drinks according to this ABC new’s report; however, in response to the article by Consumer Reports, they are taking another look at the chemical to determine if any regulation is necessary. I definitely think the FDA needs to take some steps, don’t you? In the meantime, what can you do?

Actions You Can Take

If you’re thinking the simplest thing to do would be to leave artificial caramel coloring out of products or use a coloring without 4-Mel, you’re right. Consumer Reports points out that four kinds of caramel colorings exist and only two of them contain the potential carcinogen.

But do manufacturers list the type of caramel coloring they use? From what I can tell, no. I did a search on Google and Amazon for “natural sodas

without artificial coloring” and came across several, including Hansen’s, Blue Sky, Zevia, and the DIY option, SodaStream Sparkling Naturals. But I couldn’t find any manufacturers listing the exact name of the caramel colorant used, only that they were “natural” and used no “artificial” colorants.

So what can you do? Well, for one, boycott manufacturers that use generic terms to describe the artificial coloring used in their products (e.g., “caramel color”) and don’t bother giving any further information on their websites. Dare I even suggest forgetting about drinking soda products in general as they have other negative health effects (e.g., leaching calcium from your bones)? Also, insist on transparency from manufacturers. Finally, Consumer Reports suggests you let the FDA know you are concerned about using this carcinogenic substance in foods and drinks by going to the Consumers Union’s website NotInMyFood.org.

Articles About Healthy Beverage Alternatives You May Be Interested In: